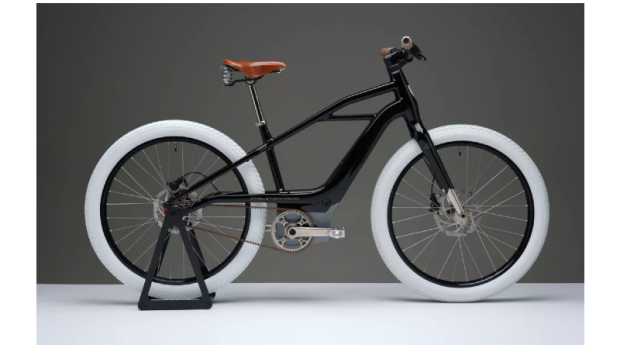 The concept prototype was created in tribute to Harley-Davidson's oldest known motorcycle, the Serial Number One. Very little information on the upcoming ebikes accompanied the company launch, other than that the first production model was due to be released in March, 2021.

Now we know that the first Serial 1 ebikes will be released in the US and Germany, the four models are destined for urban commuters and casual recreational cyclists, and they've gone up for pre-order. And, as expected, they're not cheap.

The least expensive model is the MOSH/CTY, which is priced at US$3,399. It comes with a 250-W mid-mount Brose S-Mag motor and electronic torque sensor, offers 90 Nm (66 lb.ft) of torque and up to 20 mph (or 25 km/h in the EU) of pedal assist, with thumb and forefinger controls on the handlebar activating the ebike, changing ride modes, powering on the headlight and engaging the walk-assist function.

The removable 529-Wh Li-ion battery should be good for between 35 and 105 miles (56 - 168 km) of per charge range, and spare batteries will be available from Serial 1 at extra cost so you don't have to put all of the effort in if you're caught short while out and about.