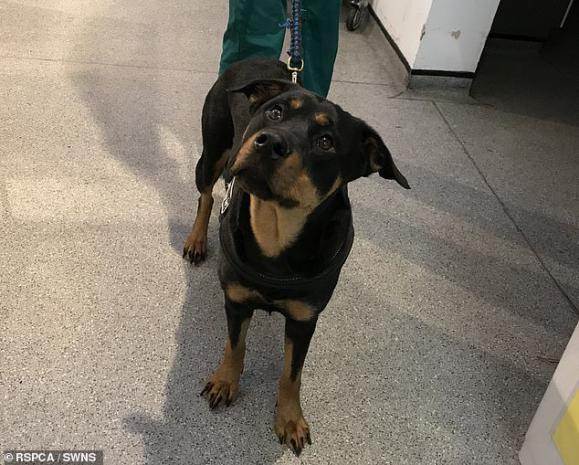 A man has been banned from keeping pets after being prosecuted for verbally abusing his dog after he was recorded calling her a 'dirty little mutt'.

Joshua Ponsford, 23, pleaded guilty to one animal welfare offence after being prosecuted by the RSPCA.

The animal charity took Ponsford to court after hearing a recording of him verbally berating his dog, a Rottweiler named Lulu.

Ponsford was banned from keeping animals for five years at Bristol Magistrates Court on November 4.

In the recordings, the dog owner, from St George, Bristol, can be heard shouting and screaming at his pet.

During one recording, which was 59 seconds long, Ponsford can be heard saying: 'Get in your f**king bed now, go in your bed now, now, now you f**king stay there. You dirty little mutt.'

The recording also contains thuds and yelps before Ponsford can be heard yelling 'you and your f*cking ball dog. I've had enough of all your hiding toys' and 'shut it'.

A second recording, which is 57 seconds long, also included examples of Ponsford's treatment towards Lulu.

His voice can be heard saying: 'Going to walk to the shop again and get myself some bits. Don't even think of robbing' before a dog is heard yelping, whimpering and barking.