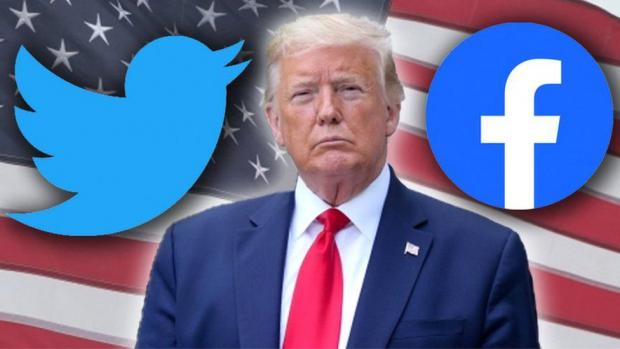 With his long-shot efforts to hang on for a second term dwindling, President Donald Trump is discussing with advisors a range of media ventures that would keep him in the spotlight ahead of a potential 2024 White House bid.

He is considering starting a new television channel or social media company to compete with those he felt betrayed him and stifled his ability to communicate directly with Americans, according to several advisers.

'I think every option is on the table, for a social media to a media company to him announcing he's running for president the day he leaves,' said a Republican official who has taken part in meetings with Trump campaign advisers.

Trump has repeatedly discussed with his advisers a plan to start a social media company to compete with Twitter, whose policies have led to content warnings posted on some of his tweets.

In the days following the election, many of Trump's tweets disputing the results were hidden by the service, and could only be viewed by clicking on the warning.

At a meeting with his campaign advisers a couple of months ago, Trump talked about the technology that would be needed for a conservative version of Twitter, and how the actual platform behind Twitter would be easy to mimic, a Republican official at the meeting said.

A number of apps have already launched as conservative, free-speech alternatives to Twitter, including Gab, MeWe and Parler.

Parler has gained the most traction, doubling its membership to about 8 million since the election. But that remains a fraction of Twitter's 187 million daily active users.