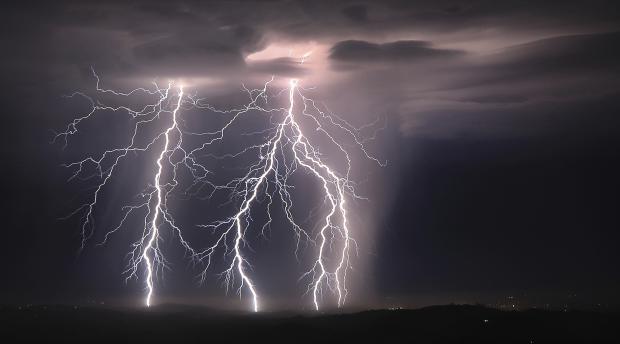 An international research team has now demonstrated a method that could effectively control where lightning strikes, using graphene microparticles trapped in a "tractor beam."

A bolt of lightning can become hotter than the surface of the Sun – so it's no surprise that when they hit dry grass, shrubs or trees, they can spark fires. Couple that with the fact that climate change is reducing rainfall in already fire-prone areas while potentially increasing the intensity of lightning storms, and you've got a dangerous recipe. This year's devastation could become a worryingly regular occurrence.

But what if we had a portable device that can be carried out to the site of a storm, and set up to guide lightning away from fire hazards or vulnerable buildings? Such a breakthrough may be a step closer to reality, thanks to a new study from researchers at Australian National University, the University of New South Wales, Texas A&M, and the University of California, Los Angeles.

The team demonstrated the concept in a lab, by first recreating stormy conditions using two charged parallel plates separated by a small gap of air. Normally, jolts of electricity jump between the plates at random, mimicking lightning, but by using some clever physics, the researchers were able to control where the bolts traveled.

"We had a relatively simple setup," Andrey Miroshnichenko, co-author of the study, tells New Atlas. "It was just two conducting plates, which were charged. And then we introduced particles, hot particles inside a tractor beam, which induces the discharge between two plates. It showed that we can control where and when the discharge should happen, between the two plates under lab conditions."

You lost me at "climate change".