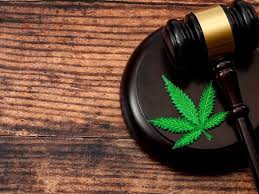 Across the country last week, Americans made their voices heard in regard to the war on drugs. A record five states legalized cannabis in some form. Montana voted to legalize cannabis for those 21 and up, New Jersey, South Dakota, and Arizona also approved recreational use and Mississippi approved medicinal use. Legal weed started from a trickle in 2012 with Washington and Colorado and has now developed into a landslide with dozens of states legalizing it in some form and a vote to legalize nationally taking place next month in Congress.

Telling cops to stop kidnapping and caging people for possessing and selling a plant that has never killed anyone, is most certainly a massive step in the direction of freedom. However, many states who have legalized cannabis forget about those who have already been kidnapped and caged for this plant. Hundreds of thousands of people are still rotting in a cages or have criminal records hanging over their heads in states where cannabis has been legalized. This is an egregious injustice and it needs to change.

Luckily, there are those in the political world who see this injustice and are moving to correct it. With the passage of Proposition 207 (the Smart and Safe Arizona Act) on Nov 3rd, Arizona's largest county, Maricopa, decided to make that move.

This week, Maricopa County Attorney's Office (MCAO) stated that it will go ahead and begin dismissing "all pending and unfiled charges of possession of marijuana" as well as any associated paraphernalia-related charges that are active in their office.