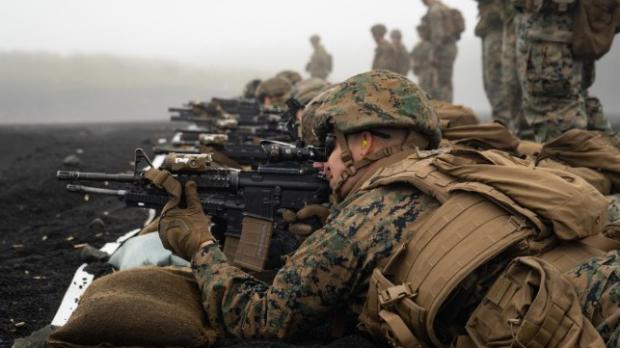 In 1775, in a Philadelphia bar named Tun Tavern, Commandant Samuel Nicholas held a recruiting drive to enlist the first Marines in the history of the United States.

10 November 1775 was the day when the Second Continental Congress established the Continental Marines with the following decree:

" That two battalions of Marines be raised consisting of one Colonel, two lieutenant-colonels, two majors and other officers, as usual in other regiments; that they consist of an equal number of privates as with other battalions, that particular care be taken that no persons be appointed to offices, or enlisted into said battalions, but such as are good seamen, or so acquainted with maritime affairs as to be able to serve for and during the present war with Great Britain and the Colonies; unless dismissed by Congress; that they be distinguished by the names of the First and Second Battalions of Marines."

Those of us who were stupid enough and strong enough to become Marines, know that date better than our own birthdays. Every year in November, fellow Marines take to the phone, to email, and to social media to wish their fellow devil dogs "Happy Birthday."

While the traditions and comradery will have an everlasting bond on these brothers in arms, many of those Marines who've been honorably discharged have opened their eyes to the harsh reality of the warfare state.

Upon getting out of the Corps, myself and many of my fellow jarheads realized that we had simply been pawns for a controlling class who uses the military to strategically benefit their special interest groups.