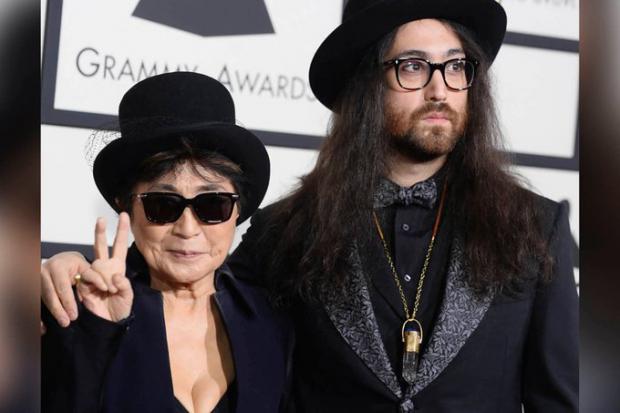 Ailing Yoko Ono is handing her business interests in The Beatles and John Lennon over to their son Sean.

The reclusive widow, 87,  has not been seen in public for more than a year and now uses a wheelchair much of the time on the rare occasions when she leaves her New York home.

She has been managing John's $800million fortune since his death in 1980.

Now Sean, 45, has been appointed a director at eight companies linked to the family and The Beatles according to The Mirror, including the multimedia Apple Corps.

Apple Corps had reported assets of $36million last year, and Sean is also believed to be taking over at Lensolo, managing John's solo material, Maclen, which publishes John's work in the US, and Subafilms, a music film company.

Yoko has been vocal for decades about global peace and was often seen attending exhibitions of her artworks.

But she has become more reclusive in recent years and has spoken about suffering from an illness.

On what would have been John's 80th birthday last month, Sean made a BBC documentary and an Apple Music show to mark the occasion.

Yoko only tweeted a video in which she appeared to be reading from a script.

In one of her last public appearances in 2017, she said: 'I've learned so much from having this illness.'