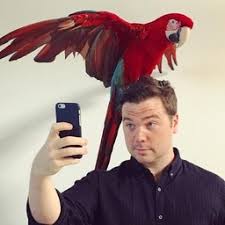 "Facebook is absolutely teeming with right-wing misinformation right now. These are all among the 10 most-engaged URLs on the platform over the last 24 hours," the far-left propagandist tweeted from his verified account on Monday.

He linked four stories. Here they are:

The Daily Wire: "Republican In Michigan Goes From Loser To Winner After 'Technical Glitch' Fixed. Officials Urge 'Confidence' In System"

All four of those stories are news stories.

All four of those stores are reporting on events that actually happened.

All four of those stories are informing readers of what is going on.

A Republican in Michigan did win an election after a glitch was found. That's a fact. That happened.

Attorney General Barr did authorize his staff to look at voting irregularities. That's a fact. That happened.

The Michigan legislature did hold an emergency session about election irregularities. That's a fact. That happened.

Both of Georgia's Republican U.S. Senate candidates — Loeffler and Perdue — did call on Georgia's secretary of state to resign. That's a fact. That happened.

And this shameless liar at the Times is smearing the accurate reporting of news as "misinformation" because, why…?