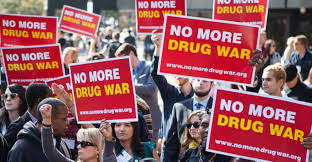 Instead of going to trial and facing possible jail time, a person would have the option of paying a $100 fine or attending new 'addiction recovery centers'

Washington D.C. has also legalized therapeutic use of psilocybin mushrooms

Marijuana was also legalized in New Jersey and Arizona

Under the amendments in both those states, only those 21 and older could legally buy and use cannabis

Recreational marijuana could bring the Garden State $210 million in revenue