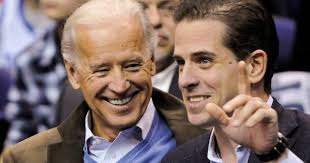 Bobulinski's bombshell interview with Fox News host Tucker Carlson Tuesday, along with Carlson's follow up exclusive on Wednesday, revealed that Democratic candidate Joe Biden was aware of his son's business questionable overseas business dealings. It should be a huge story. After all, Joe Biden has publicly denied knowing about his son's business ventures in China, Ukraine and other parts of the world.

So why isn't this story on the front page of every newspaper and covered by every cable network?

How is it possible that the majority of main stream media outlets, newspapers and cable networks had no problem running unsubstantiated stories about President Donald Trump, his family and his businesses only to find out later – without corrections- that the information they published was bogus.

Here, there is an eye witness to the Biden family operations: Bobulinski. He has come forward and shown his credibility. He has verified documents, photos, receipts from Hunter Biden's hard drive that the FBI had obtained, along with President Trump's friend and personal lawyer former New York City Mayor Rudy Giuliani.

Why hasn't the FBI done anything with this before the election? The bureau has had it for almost a year. Giuliani then did the only thing he could do – he turned over the documents to The New York Post. Those documents obtained from Hunter Biden's laptop are the massive breadcrumbs to a real political scandal.