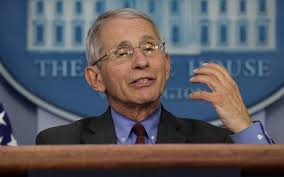 Last week, US president Donald Trump committed a kind of blasphemy by attacking Anthony Fauci, his pandemic consultant and practically the spokesperson for the White House regarding COVID-19, saying that:

A remarkable statement of historical dimension, since Trump is the first American head of state to cast doubt on Fauci, who has acted as the virus tsar for no less than six presidencies: Reagan, Bush, Clinton, Bush Jr., Obama and Trump.

To make it clear, the logic behind Trump's attack is scientifically unfounded. He refers to a statement of Fauci he made some months ago, according to which people should "not wear face masks.". But even if all Americans had followed this advice, it would not have lead to a single extra death.