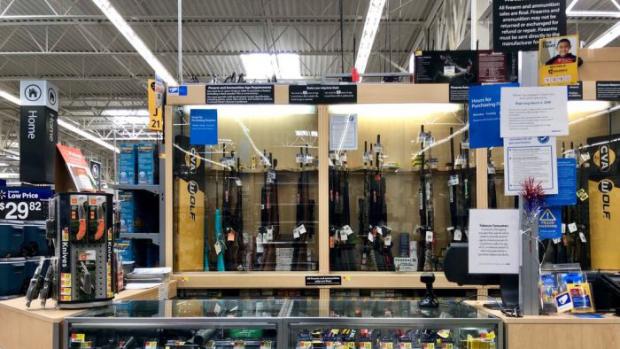 By Jack Phillips of Epoch Times

The Arkansas-based retail giant confirmed its new policy to news outlets, stipulating that customers can still buy firearms and ammo upon request.

"We have seen some isolated civil unrest and as we have done on several occasions over the last few years, we have moved our firearms and ammunition off the sales floor as a precaution for the safety of our associates and customers," Walmart said in a statement, according to Bloomberg and other outlets.

It's not clear if the company is referring to the possibility of civil unrest that may occur during the Nov. 3 election. Walmart pulled guns and ammo from sales floors earlier this year in response to widespread demonstrations, vandalism, looting, and riots following the death of George Floyd in Minneapolis.

Guns and ammo "do remain available for purchase by customers," the retailer said in its statement Thursday, adding that "we only sell firearms in approximately half of our stores, primarily where there are large concentrations of hunters, sportsmen, and sportswomen."

The firm stopped selling ammunition that can be used in semiautomatic rifles and pistols after the mass shooting at a Walmart in El Paso, Texas, in 2019. This week, a Walmart in Philadelphia was looted and ransacked during protests and riots that were sparked by the officer-involved shooting of a black male allegedly armed with a knife.

In 2018, Walmart raised the minimum age to purchase ammo or guns to 21 following the Parkland, Florida, mass shooting. Years before that, the retailer stopped selling certain rifles, and about 20 years ago, it stopped selling handguns except in Alaska.