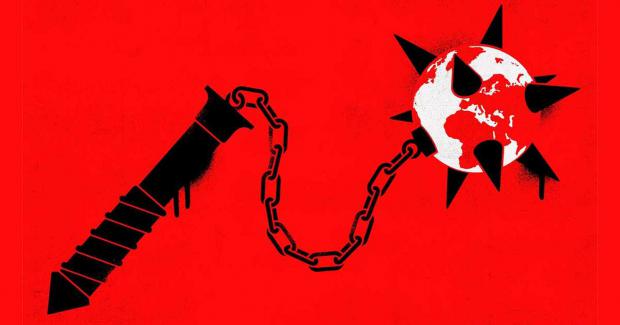 Historical Discovery…An election in 1917 forecast the election in 2020! Here are the elements from 103 years ago!

The scheduled voting was extended by two months

Anger and mob violence were deliberately stirred against "privilege," possessions, and status

And here is how it happened…

Here is a basic reminder of your 9th Grade American Civics materials…The Founding Fathers of our Republic designed a system of governing to prevent the evils inherent in the onerous governing systems of Europe. The Republic was to be governed in a way that the majority would have a say BUT safeguarded against a rogue majority controlling the nation. A deliberate system of "checks and balances" was wisely incorporated against evil efforts to seize national control.

The ultimate safeguard was the separation of the State's governing into three distinct bodies. While each would have an impact upon the others, that impact was deliberately limited. The Executive, Legislative and Judicial branches of the Republic were designed to be independent but function with unity to guide the nation, preserve freedoms, and guard the human rights that are often disenfranchised by evil systems and philosophies. One of the greatest feats of our Republic is the exercise of individualism when these three branches of governing are properly functioning