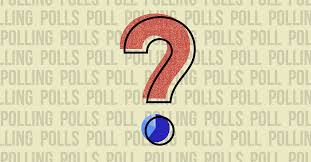 Have you noticed that poll results seem to be all over the place this election season?  The mainstream media is constantly touting polls that show Joe Biden with a huge national lead and strong leads in most of the critical swing states.  But independent pollsters such as Trafalgar, Rasmussen and others consistently come out with polls that show President Trump doing very well in the swing states.  In fact, if the Trafalgar polls end up being as accurate as they were in 2016, Trump will win the election.  But if you listen to the pundits in the mainstream media, that is almost impossible.  In fact, earlier today on The Most Important News I posted one mainstream forecast that is projecting that Joe Biden has a 95 percent chance of winning the election.  Someone is definitely very wrong, and soon we will find out who that is.

In this article, I am going to share with you some rather startling numbers.  Just like in 2016, the polls that the mainstream media relies upon make it look like Trump is definitely going to lose.  But Robert Cahaly of the Trafalgar Group says that those polls are just as flawed as they were four years ago.

So why are those mainstream polls so wrong?

Well, Cahaly insists that there is a "hidden Trump vote" that the mainstream polls simply are not accounting for…

"WHAT WE'VE NOTICED IS THAT THESE POLLS ARE PREDOMINANTLY MISSING THE HIDDEN TRUMP VOTE. THERE IS A CLEAR FEELING AMONG CONSERVATIVES AND PEOPLE THAT ARE FOR THE PRESIDENT THAT THEY'RE NOT INTERESTED IN SHARING THEIR OPINIONS READILY," HE ADDED. "THESE PEOPLE ARE MORE HESITANT TO PARTICIPATE IN POLLS. SO IF YOU'RE NOT COMPENSATING FOR THIS, YOU'RE NOT GOING TO GET HONEST ANSWERS."

The mainstream media thought that the idea of a "hidden Trump vote" was crazy in 2016, but then Cahaly was vindicated when Trump won.