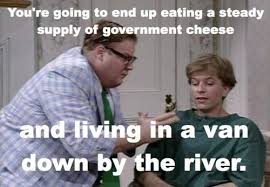 In about a week, Americans could face the prospect of a federal mandate requiring them not only to join the Sickness Cult by adopting its uniform – the loathsome "mask" – but also extend their arms for the injection the government will likely attempt to mandate as well.

For some of us, these things are non-negotiable No's. 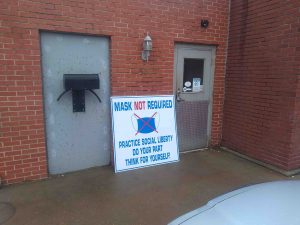 The problem then becomes one of mobility – and visibility.  How to get away from the Diaper Police? Who may go door-to-door to make sure you take your medicine – and who will starve you out if you don't, by keeping you "locked down" for the greater good if you don't.

If you're tied to your home, you are tied down. They know where you live. You literally have all your eggs – including your kids – in that one basket.

It may be time to consider getting mobile. Especially if you live among the Diapered – the actually ill ones ones who not only wear their religious garment willingly but are champing at the bit – if you could see them champing at the bit – to make you wear it, too. If the election goes the wrong way, they may soon have the power to do that.

Do you want to be home for that?

I've been thinking about it a lot lately. I love my place in The Woods of rural SW Virginia. It's a beautiful area, with a reasonable climate and a relatively low cost of living. I moved here about 17 years ago to get away from Northern Virginia, the canker sore part of the state that's adjacent to the federal capital, with all of its pathologies.

The problem is that Northern Virginia is increasingly all of Virginia, attitudinally and so politically. The sickness has leached across the state. If the election goes the wrong way, it may no longer be safe to stay. The governor/gesundheitsfuhrer has already let slip – via trail balloon – that he intends to force every person in the state to take his medicine.

Or rather, Bill Gates' medicine.