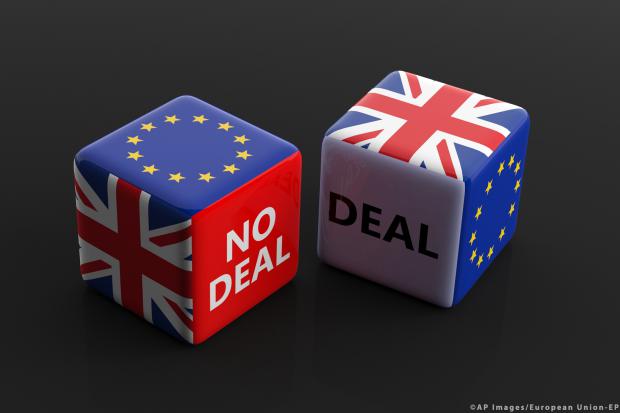 But that door is only open if the EU is willing to crawl in on its knees and give the UK what it wants, a minimal free trade deal, Canada-style, which was offered by then President of the European Council Donald Tusk.

The EU played hardball giving zero ground for four years while undermining the UK from within its own political and bureaucratic structures. It was as transparent as it was cynical, but it couldn't sway the British people and that gave Johnson the political will to just say no.

And it was this hardball negotiating stance that had worked in the past finally broke like waves along the Cliffs of Dover. The reason why it failed was that arrogance was fueled by powerful forces having their back,

They believed in the power of coercion being stronger than the will of the British people.

And they were wrong. Dead wrong.

In an instant this past weekend the entire façade of he the EU's inevitability vaporized as Johnson went on TV and told the world to prepare for a No-Deal Brexit, regardless of whether that was the optimal outcome or not.