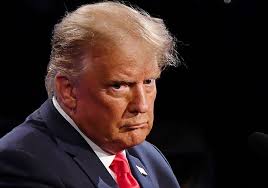 On foreign policy, at least, it was evident that Donald Trump was not just another Washington apparatchik bewitched by the conventional wisdom. He would not spend his free time asking members of the infamous Blob for advice on which new country to bomb or invade.

Neoconservatives were especially worried. Trump criticized stupid wars and faithless allies with equal avidity. He broke with the GOP establishment and joined the rest of the population in criticizing the disastrous Iraq War. Year before he ran for office he published barbed ads denouncing the Europeans, Saudis, and South Koreans for scrimping on defense while expecting Americans to cover their lengthy defense tabs.

He attacked his predecessor's "reckless, rudderless and aimless foreign policy, one that has blazed the path of destruction in its wake." Even more dramatically, Trump declared: "unlike other candidates for the presidency, war and aggression will not be my first instinct. You cannot have a foreign policy without diplomacy. A superpower understands that caution and restraint are really truly signs of strength. Although not in government service, I was totally against the war in Iraq, very proudly, saying for many years that it would destabilize the Middle East."

OMG, what if he is serious, exclaimed members of the Blob in unison!