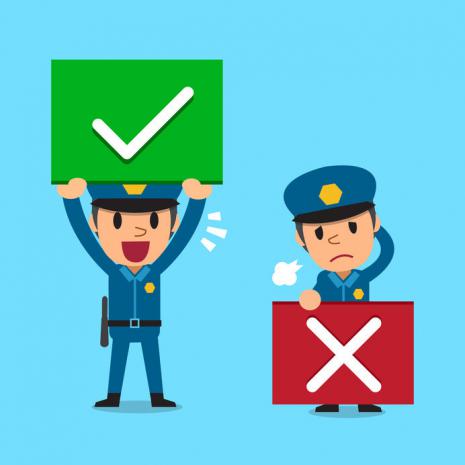 He watched a video of his fellow officers appear to suffocate a man until he died and decided that enough was enough.

For exposing the crimes of his fellow cops, Esqueda was arrested this week and charged with official misconduct for the "crime" of exposing criminal activity within his own department.

The complaint states that on June 10, Esqueda "knowingly performed an act with (sic) he knew to be forbidden by law to perform in that he used the laptop in his Joliet Police Department squad car while not on duty to access the Joliet Police Department WatchGuard system to view a video file which was locked and he did so while in a motor vehicle which passed through Kendall County. All of the foregoing occurred in Kendall County, Illinois."

Joliet Police Chief Al Roechner orchestrated criminal charges against Esqueda after he brought shame on the department in July for leaking the video.

"What is most sad about this is that this is a clear message from Chief Roechner to the frontline officers that should they see actions they believe are misconduct by fellow officers, they must keep their mouths shut and stay quiet or they will be charged with a felony," Esqueda's lawyer Jeff Tomczak told Patch this week. He then predicted that Esqueda will get a goldmine – from the taxpayers of Joliet and Illinois — as a result of a future federal lawsuit that Esqueda is now certain to file against the city of Joliet and the Joliet Police Department of Chief Roechner, according to Patch.