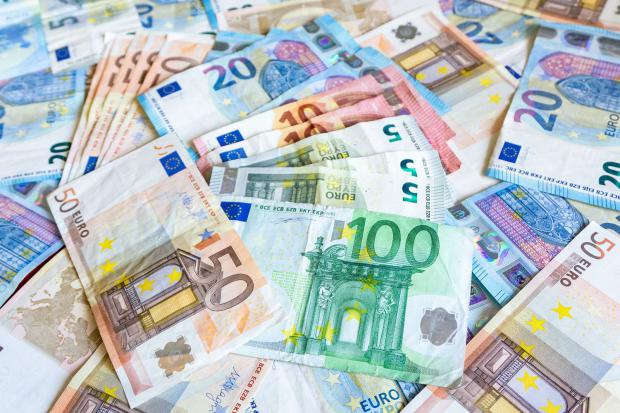 Despite official denials over the years that it is a matter of concern, it is increasingly obvious that the national banks of Italy, Spain and other nations with increasing bad debts are hiding them within the TARGET2 system. The first wave of Covid-19, which is leading to bankruptcies throughout the Eurozone, is now being followed by a second wave, which will almost certainly take out a number of important banks, in which case the cross-border euro system will implode.

If ever there was a political construct the unstated objective of which is to enslave its population, it is the European Union. Its opportunity stems from national governments which, with the exception of Germany and a few other northern states, had driven or were on the way to driving their failed states into the ground. The EU's objectives were to support the policies of failure by corralling the accumulated wealth of the more successful nations to fund the failures in a socialistic doubling-down, and to accelerate the policies of failure to ensure that all power resides in the hands of statist looters in Brussels.

It is Ayn Rand's vision of the socialising state as looter in action.[i] All of surviving big business is aligned with it: those who refused to play the game have disappeared. Senior executives with extensive lobbying budgets are no longer at the beck and call of contentious consumers and have hollowed out their smaller competitors. They have opted for the easier non-contentious life of seeking favours of the looters in Brussels, enjoying the champagne and foie gras, the partying with the movers and shakers, and the protection they bribe for their businesses

It is a corrupt super-state that evolved out of American post-war policy — the child of the American Committee of United Europe. Funded and staffed by the CIA in 1948, the committee's objectives were to ensure the European countries bought into a US-controlled NATO, in the name of stopping Stalin's westwards expansion from the post-war boundaries. This was the official story, but it is notable how it formed a template for subsequent American control of other foreign states. It is the action of the jewel wasp that turns a cockroach into a zombie, so that its lava can subsequently feed off it.