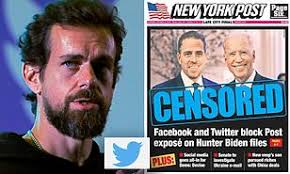 Despite efforts by Twitter and Facebook to completely censor the bombshell New York Post story concerning Hunter Biden's "laptop from hell", it was the most popular political topic on those platforms, according to a report from Axios.

This was despite the fact that Facebook cracked down on users sharing the story, and Twitter censored the link to the initial NY Post story, as well as follow ups and related stories, and locked the accounts of anyone who attempted to share it.

The Axios report also notes that five of the ten most popular stories last week were about the Hunter Biden revelations, or the attempted censorship by Facebook and Twitter.

Indeed, the censorship of the story almost overtook the actual story itself in terms of interaction.

The ACLU and College Professors are Encouraging Book Burnings