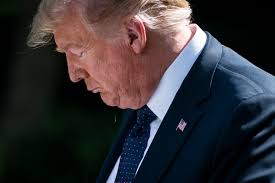 You cannot win a war on defense. You MUST switch to offense.

As we could all see, last night's presidential debate showed us the marked contrast between the Democrat's intention to turn the idea of "America" off, killing capitalism,  creating "an absolute one-world-government communist-socialist state" and our man Trump's "Make America Great Again…"

As Biden said during his campaign "We are going to increase American's taxes by 65%, tax private corporations into non-existence, destroy fossil fuels completely, close down the US private sector economy with shutdowns, and force every American into a welfare state…"

Biden didn't even flinch when he said all these things.

Which way will the American voting public turn?

Almost every day, during our man Trump's first term, the globalist apparatus attacked.  It became almost funny watching the Democrat's overwrought media wring their hands with today's newest so-called "atrocity" committed by our president on our behalf.