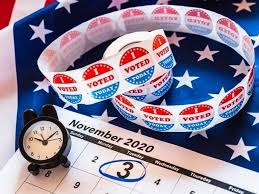 What are greatly lacking in the American citizens of today are courage, intellect, and the desire for truth. Courage is vitally necessary in order to seek and protect the truth, and a strong intellect allows for that truth to be found, and more importantly accepted. Without these traits, no fight against tyranny can be waged or won, and the inevitable result will always be slavery.

We are in the midst of the most dangerous and ludicrous 'election' of all time. The risk due to this farce is monumental, and it is almost a certainty that chaos and terror will occur during and long after this planned state controlled selection process. The people have been given a choice between the incumbent Trump, who has overseen the brutality, home imprisonment, and economic destruction of this country based on the manufactured Covid coup, and Biden, a weak, immoral, and sickening socialist that can barely stand and speak.