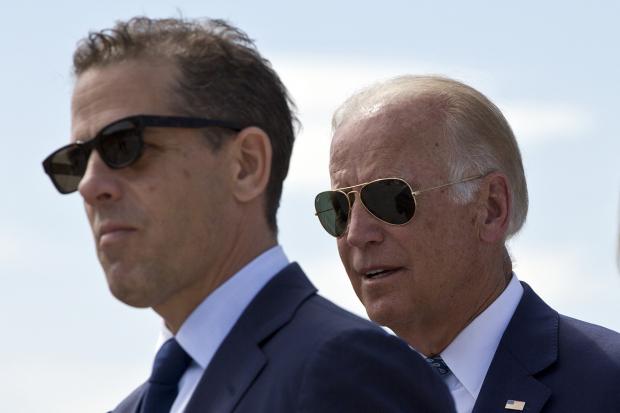 The Senate Homeland Security Committee said Thursday that it will investigate new claims by one of Hunter Biden's former business partners that he heard him and Joe discussing doing deals in China in 2017.

'I've seen Vice President Biden saying he never talked to Hunter about his business,' said Bobulinski, an investor who was part of a joint venture with the younger Biden in 2017.

'I've seen firsthand that that's not true, because it wasn't just Hunter's business, they said they were putting the Biden family name and its legacy on the line.'

Bobulinski, 48, claimed that the Chinese were pursuing the deal as a 'political or influence investment' and that Hunter Biden was 'using the company as his personal piggy bank by just taking money out of it as soon as it came from the Chinese.'

He said in his statement that he 'took steps to prevent that from happening.' In 2017 Biden was out of office and had not declared any intention to run as a candidate in 2020.

The Senate Homeland Security Committee said it was getting in touch with Bobulinski to speak to him.

'The committee is working to validate information being revealed by multiple sources,' the Republican majority said in a statement.

'As part of those efforts, we have reached out to several individuals named in recently revealed emails, including Tony Bobulinski. We look forward to their cooperation in helping us uncover the truth.'