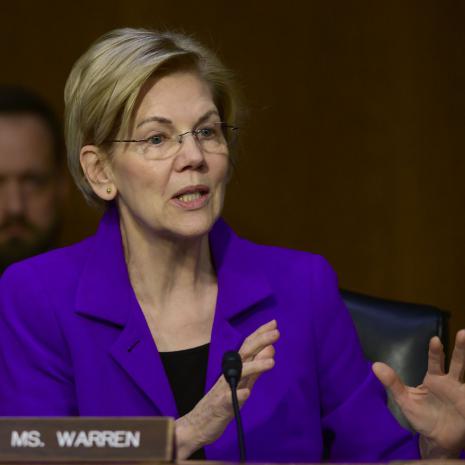 In a tweet, Warren claimed that "two things can be true" - that Bill Barr can be a "corrupt" Trump crony, and that there is a "legit" antitrust case against Google. In fact, the case could have "gone further", Warren said.

Update (1130ET): AG William Barr released a statement about the Google suit, saying "millions of Americans rely on the Internet and online platforms..." and that "competition in this industry is vitally important."

Update (1030ET): Deputy Attorney General Jeffrey Rosen led a brief phone briefing with reporters on Tuesday where he essentially confirmed all of the reporting from this morning's WSJ scoop.

Rosen added that the lawsuit accused Google of violating Sectin 2 of the Sherman Act, the same statute that was used during Bill Clinton's presidency to carry out a host of antitrust litigation, including the landmark case against Microsoft.

"For years there had been concerns about business practices leading to unprecedented concentration in our economy," Rosen began, adding that the anti-trust division has been looking at Google and its anti-trust practices for more than a year now. Rosen called Google a "gatekeeper of the Internet" and "one of the wealthiest companies on the planet", saying it has maintained its monopoly standing via "anticompetitive practices" that are necessary to "enable competition".