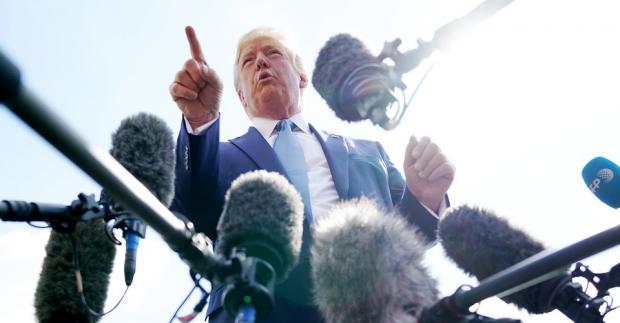 (Natural News) It's been blatantly obvious for years now that the deep state involving elements of the Justice Department and FBI, the 'mainstream' media and the intelligence community were involved in a seditious plot to overthrow President Donald Trump.

The plot, devised by none other than Hillary Clinton during the 2016 campaign (probably when it became obvious to her internal polling staff she wasn't going to win the election), involved multiple players from several agencies.

But now that they've at least been outed, not indicted (yet), and President Trump has Attorney General William Barr overseeing the Justice Department, things are on the right track again, right?

Earlier this fall when it became apparent that no one who is primarily responsible for the sedition was going to be held to account, the president began authorizing Director of National Intelligence John Ratcliffe to begin to declassify as much material related to the Russian collusion and "Spygate" scandals as possible without legitimately harming U.S. national security.

Ratcliffe began doing that, which is how America learned that Clinton was behind the collusion hoax.

But suddenly, as more documents and more damning evidence began to expose more deep state figures, someone from inside threw a wrench into the declassification process, as Big League Politics reported last week:

The Department of Justice (DOJ) is overruling President Donald Trump's declaration that all Russia-gate documents are to be declassified without redactions.

The DOJ made it clear … that President Trump has no real power, and the deep state remains fully in charge. As such, their secrets will be protected, and the American public will stay in the dark.

I have fully authorized the total Declassification of any & all documents pertaining to the single greatest political CRIME in American History, the Russia Hoax. Likewise, the Hillary Clinton Email Scandal. No redactions! https://t.co/GgnHh9GOiq