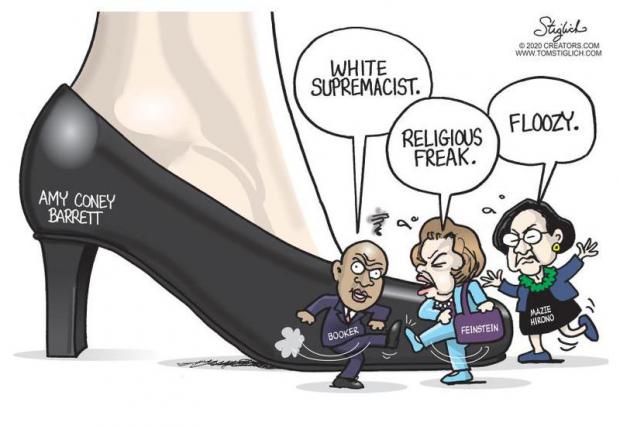 While I have written about the revealing moments of the hearing, the Democrats clearly elected not to focus on the nominee but the election. When they did attack the nominee, they fired wildly and missed completely in three areas.

Benjamin Franklin once said, "it is hard for an empty sack to stand upright." It took almost 300 years, but Franklin's observation finally has been proven demonstrably true. The three-day Senate Judiciary Committee hearing for federal appellate judge and Supreme Court nominee Amy Coney Barrett can best be described as an empty-sack confirmation that simply would not stand upright.

From the outset, committee Democrats were dealing with a highly qualified nominee who has the intellect, the temperament and the background to be an exceptional justice. And that was the problem.

Democrats decided to use the hearing as a springboard for the coming election. They never intended to put anything in the sack against Barrett. Yet, to frame this effort, they advanced a number of false premises that collapsed on their own weight:

The Affordable Care Act (ACA) is about to be killed

Barrett was surrounded in the hearing room by photos of ill individuals who could perish without national health care. It made Barrett look like some judicial serial-killer.  However, these were not her victims. Indeed, the entire premise was false.