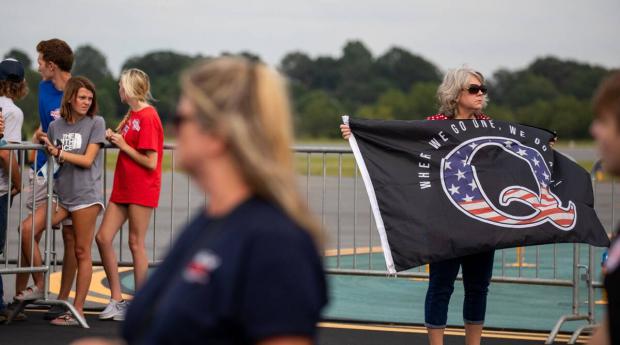 YouTube has banned videos promoting QAnon, cracking down on videos that target an individual or group with 'conspiracy theories that have been used to justify real-world violence.'

The online video service, owned by Google parent Alphabet, said on Thursday that it would begin enforcing expanded hate and harassment policies immediately and would 'ramp up' in the weeks to come.

The conspiracy theory also borrows from the bogus Pizzagate theory, which held that a pedophile ring was being run out of the basement of a pizza restaurant in Washington DC.

YouTube said in a statement that it would now 'prohibit content that targets an individual or group with conspiracy theories that have been used to justify real-world violence.'

'One example would be content that threatens or harasses someone by suggesting they are complicit in one of these harmful conspiracies, such as QAnon or Pizzagate,' the company added.