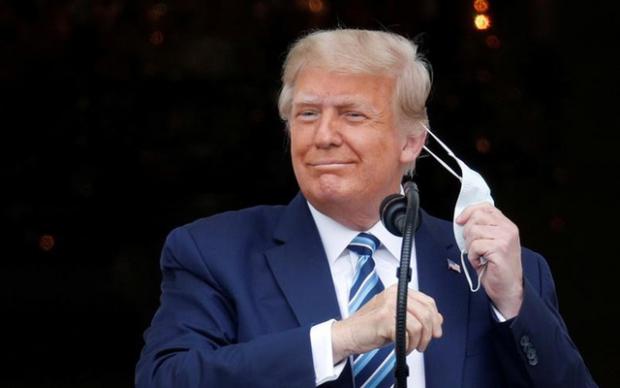 There are many sound reasons to not vote for the Orange Man. But there is one powerful, arguably epochal, reason to put them aside and vote for him anyway.

It is simply this:

An Orange Man not-evicted means a chance, at least, that we will not be forcibly Face Diapered.

As opposed to the promise of forced Face Diapering if the Hair Plugged Man replaces him. The HPM not only wears a Diaper himself practically all the time – a clear visual of his intentions as regards Diapering our faces – he has stated that he will act to efface our faces.

He is a believer – or at least, an enforcer.

At every turn, he turns up the hysteria. The cases! The cases! Millions – he says – have died. That they haven't isn't relevant. No good news – no facts – give the HPM pause because he doesn't want to pause. WuFlu hysteria has given the HPM the thing he lacked a year ago this time – a chance at becoming the Orange Man's replacement. For him to give it up – even after he replaces the Orange Man – would be like expecting a fish to give up swimming.