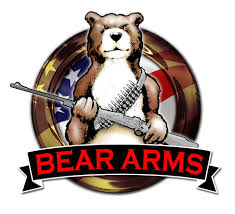 The idea is that if the American people are disarmed, then the chances of some group overthrowing a state government or even the federal government diminish to slim and none.

That would be fine with the gun-control crowd because in their minds, it is impossible for the federal government to become so tyrannical that it would need overthrowing. Oh sure, such things might happen in places like Germany, the Soviet Union, Red China, North Korea, Cuba, and Vietnam. But certainly not here in the United States.

And yet, that was one of the principal reasons for the enactment of the Second Amendment — to ensure that the American people had the means — i.e., guns — to violently overthrow the federal government should it ever become overly tyrannical.

We also shouldn't forget the Declaration of Independence, a document that even the gun-control crowd celebrates every Fourth of July. It holds that it is the right — even the duty — of the people to violently overthrow a tyrannical government. Our ancestor clearly understood that gun ownership was essential to doing that, which is why they resisted efforts by their government officials to seize their guns at Lexington and Concord.

Ironically, at the very same time that the gun-control crowd is poo-pooing the idea of the federal government needing to be overthrown, they are expressing concerns over the possibility that President Trump will refuses to relinquish the presidency if he loses the election, a possibility that he himself has alluded to.