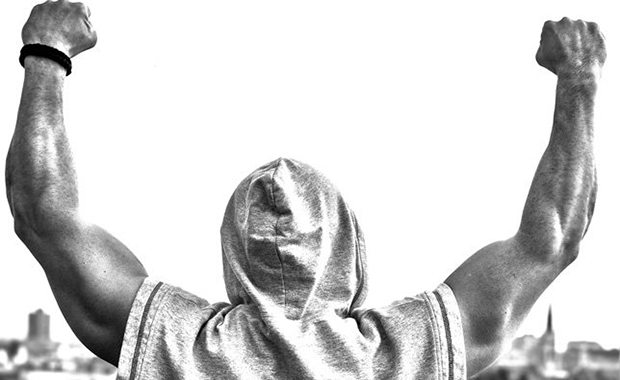 Mental toughness is a huge indicator of success. Here's how to know if you've got it.

We all reach critical points in our lives where our mental toughness is tested. It might be because of a toxic friend or colleague, a dead-end job, or a struggling relationship.

Whatever the challenge, you have to be strong, see things through a new lens, and take decisive action if you want to move through it successfully.

It sounds easy. We all want good friends, good jobs, and good relationships.

It's hard to be mentally tough, especially when you feel stuck. The ability to break the mold and take a bold new direction requires that extra grit, daring, and spunk that only the mentally toughest people have.

It's fascinating how mentally tough people set themselves apart from the crowd. Where others see impenetrable barriers, they see challenges to overcome.

When Thomas Edison's factory burned to the ground in 1914, destroying one-of-a-kind prototypes and causing $23 million in damage, Edison's response was simple: "Thank goodness all our mistakes were burned up. Now we can start fresh again."

Edison's reaction is the epitome of mental toughness—seeing opportunity and taking action when things look bleak.

There are habits you can develop to improve your mental toughness. In fact, the hallmarks of mentally tough people are actually strategies that you can begin using today.

Unlike your IQ, which is fixed, your EQ is a flexible skill that you can improve with understanding and effort. It's no wonder that 90 percent of top performers have high EQs, and that people with high EQs earn $28,000 more annually (on average) than their low-EQ counterparts.

Unfortunately EQ skills are in short supply. TalentSmart has tested more than a million people, and we've found that just 36 percent of these are able to accurately identify their emotions as they happen.

Mentally tough people subscribe to Ford's notion that your mentality has a powerful effect on your ability to succeed. This notion isn't just a motivational tool—it's a fact. A recent study at the University of Melbourne showed that confident people went on to earn higher wages and get promoted more quickly than others did.

True confidence—as opposed to the false confidence people project to mask their insecurities—has a look all its own. Mentally tough people have an upper hand over the doubtful and the skittish because their confidence inspires others and helps them to make things happen.

3. The ability to neutralize toxic people.

Dealing with difficult people is frustrating and exhausting for most. Mentally tough people control their interactions with toxic people by keeping their feelings in check. When they need to confront a toxic person, they approach the situation rationally. They identify their emotions and don't allow anger or frustration to fuel the chaos. They also consider the difficult person's standpoint and are able to find common ground and solutions to problems. Even when things completely derail, mentally tough people are able to take the toxic person with a grain of salt to avoid letting him or her bring them down.

How To Cut Bacon, Chops, Steaks, Roasts and Sausage from a Pig