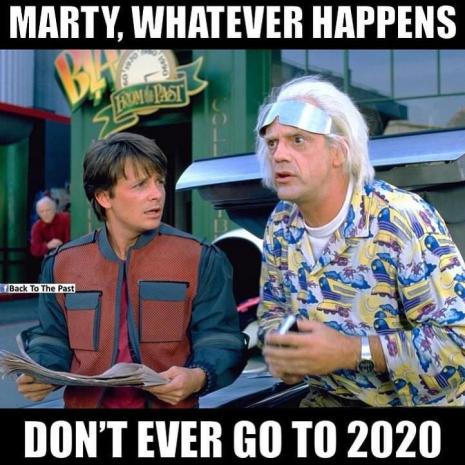 "Civilization begins with order, grows with liberty, and dies with chaos."

"The Story of Philosophy: The Lives and Opinions of the Greater Philosophers". ~ Book by Will Durant, 1926.

When the coming election ballots are tallied, will total chaos be the result? Will criminal rioting, looting, assaults, and property destruction run rampant? Will mobs take over the cities in an attempt to cause havoc? Will the aftermath of this presidential circus be a time of terror and devastation? Will the country remain split, divided by political and false racist idiocy purposely stoked by the ruling class? Regardless of the outcome, or lack thereof, it seems evident that an utterly chaotic period will arise, and in turn will dramatically alter the face of America.

This outcome seems to be a certainty should the incumbent Trump get re-elected, or if he refuses to leave office due to the absurdity of the current flawed voting system, much of which has been caused by the ludicrous response to a fraudulent virus pandemic. Even if the democratic challenger is claimed to be the victor, mass rioting will most likely still occur. Also, with any long-term vote counting process, and risk of lengthy election investigations, felonious behavior by those being allowed by the state to pillage and plunder should be expected. In other words, prepare for violent pandemonium.

With mass rioting and lawlessness in the streets, expect state intervention in the form of militarized police, military reserves, and possible active national military deployment. Remember that Trump has already claimed that the military is ready to deploy to distribute a Covid vaccine, which means they are already prepared to take to the streets. If that happened, it would be a form of martial law that may be nationwide or restricted to the areas of most concern. Either way, the precedents set in the process would be horrendous. Initially, these thugs that have been terrorizing much of the country these past few months, may be allowed for a period of time to cause confusion and devastation in order to steer the people into asking for more government intervention and rule. None should be surprised if that turns out to be the case. In order for the state to gain a high degree of control over the herd, compliance by a large percentage of Americans is necessary, and fear of all the chaos, violence, and madness can be used to cause mass panic, thereby making it easier to corral the public. The tool of fear will be used over and over again until the people acquiesce to all mandates issued by the state, and voluntarily succumb to blind obedience.

The tethering of society is sought, and this can be accomplished by the use of fear, economic destruction, and then promises to protect and bail out all those that will become dependent on government for the necessities of life. This coronavirus plot for population control and global economic reset has been long in the making, and is a very multi-faceted plan based on the ability to create and perpetuate constant fear, forcing the people to desire and seek safety at the expense of liberty. One look at the past seven months should convince all thinking individuals that this plot has been extremely successful for the controlling 'elite' class and their enforcers in government. Most basic freedoms that have existed for centuries have been nearly eliminated in just a few months time. Many have predicted this kind of takeover by the state, but few could have expected it to happen in the blink of an eye, and without resistance.

16 DAY FORECAST NO WHERE TO RUN