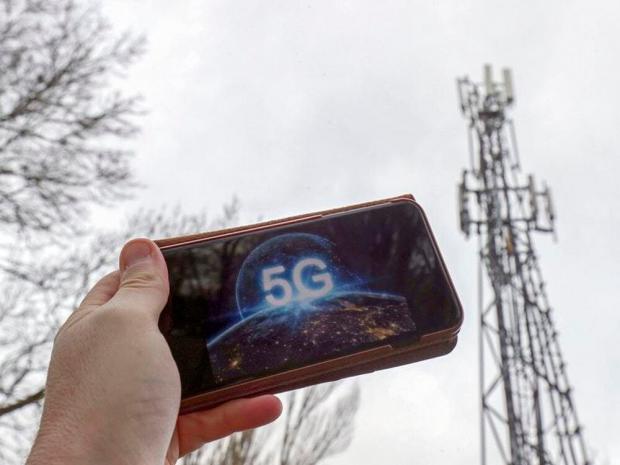 No one has blamed combustible trees – at least not yet. However, in 2019 one scientist suggested that increased electromagnetic radiation levels from 5G deployment may cause trees to spontaneously combust.

According to Martin Pall, phD, talking at the 5G Summit who has done scientific research on 5G and its effect on plants, he claims that 5G and their associated EMFs can trigger a regulatory system that normally protects the plan,t but when you excite it with EMFs, you can get high levels of terpenoids that are highly flammable. This is like spraying the plant with gasoline. These terpene responses can spread to other plants and when you accumulate enough of these terpenes under calm wind and hot conditions you may get spontaneous combustion. This will cause fires and he suspects this may have exacerbated the California wildfires that encroached into towns where the EMF towers contributed to the combustion. Wind and cool temps will diffuse the terpenes. This is a good reason for towns to take a hard look at the 5G infrastructure which will install many mini small cell towers and flood our trees and plants with terpene-causing electromagnetic frequencies.

Imagine witnessing something like THAT?! Additionally, engineers have warned that 5G base stations can overheat. Of course, overheating base stations aren't safe anywhere – especially places that are prone to wildfires.

Nevertheless, 5G has been installed throughout the U.S. including in states where wildfires have caused massive devastation. It may never be known whether spontaneously combusting trees had much – if anything – to do with this.