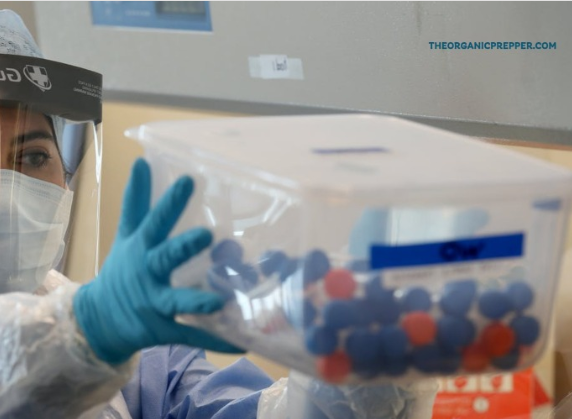 Those who have watched the police state grow over decades have known that as the UK goes, so does the rest of the Western world.

Unfortunately, the UK population the testing grounds for intrusive and totalitarian policies that will be implemented in the rest of Western Europe and, after that, the United States.

Many researchers warned about early on (when the COVID hysteria was reaching fever pitch) that the threat of a pandemic would be used to usher in methods of control the world has scarcely seen. Contact tracing, lockdowns, mandatory masks, and now COVID passports..

Everyone who warned us of what was coming was labeled "conspiracy theorists" by media, government "officials," and hysterical citizens. Now contact tracing is in full effect, lockdowns have been ongoing for months, mandatory masks, and now COVID passports.

All these things were announced and unveiled by the same media outlets and government officials that denied the very possibility of their existence only a few months ago.

COVID Passports would give those who test negative the ability to return to "normalcy". They would be able to attend sports events, concerts, got to work and school, without wearing masks. The proposed 20-minute tests that would allow this to happen have been suggested by Prime Minister Boris Johnson.

Many people say these rapid, cheap tests are still in the development process and have not been approved. The likely hood of false positives and negatives would do nothing but create confusion and chaos. The entire process of developing these tests would require testing technology that does not yet exist.