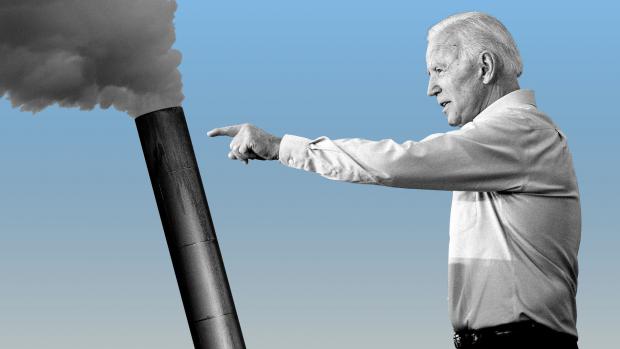 Having already goalseeked a narrative how a Democratic sweep would be great news for markets (which, as we reported yesterday, consists of as much as $7 trillion in fiscal stimulus offsetting the net income losses from Biden's proposed corporate tax rate hike from 21% to 28%), Goldman is now moving on to the really important stuff: how much the holy crusade against climate change under the Biden administration will cost.

Now that it is conventional wisdom on Wall Street that Biden will defeat Trump (similarly to how it was a virtual certainty that Hillary would defeat Trump in 2016), big bank strategists are moving on to the key policies of a Biden presidency, where few are more important (or expensive) than Biden's targets to tackle climate change.

Here, a quick aside: while it has long been a favorite trope of Democrats to attack Republicans for destroying the earth with their evil emissions, the reality is that US CO2 emissions are near the lowest levels of the 20th century, and have been declining every year since the mid-2000s. The real culprit, as shown in light blue in the chart below, is China, whose emissions are more than double those of the US, and greater than the US and Europe combined. Which is truly hilarious, because recently President Xi Jinping announced that China is targeting carbon neutrality by 2060. We ask anyone to explain to us how China's soaring CO2 emissions will magically collapse by over 10 million KT/year from the current record level to 0 in just 40 years.