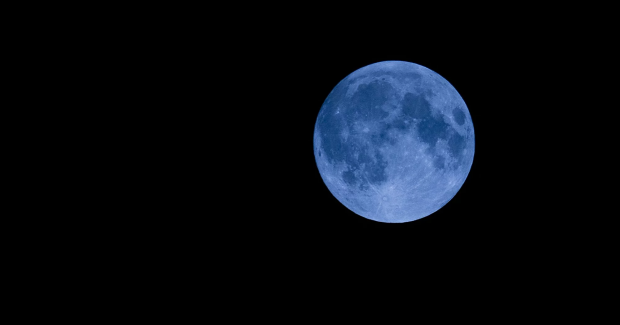 The events of 2020 have been strange enough that some might quip they would only happen once in a blue moon. But this year will even have one of those: At the end of October, an actual, rare blue moon will occur – on Halloween.

This year, October has two full moons. On the 1st or 2nd of October (depending on which time zone you are in) gave us the Harvest Moon, the full moon closest to the autumnal equinox, when day and night are of equal length. This normally occurs in September but edged into October this year. Also known as the Full Corn Moon or Barley Moon in some parts of America, farmers have traditionally made the most of its light to gather in crops well into the night before winter sets in.
This year the Harvest Moon was also the Hunter's Moon, again named for rural practices, this time of hunting summer-fattened animals under the light of the moon, which is brighter and lasts longer at this time of year. However, 2020's Harvest Moon is a micro full moon, since it is smaller than usual.

The second full moon in any given month is known as the Blue Moon; there are seven every 19 years. The name is something of a placeholder, given in order to keep the year's other full moons in their rightful place. This is because the moon completes 12 full cycles of its phase in 354 days, eleven short of the full solar calendar year of 365 days.