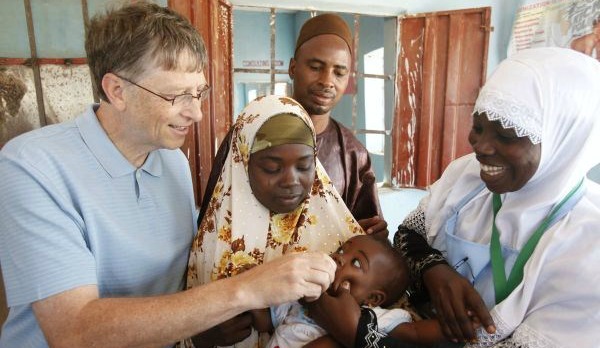 Microsoft founder Bill Gates has made himself the global vaccine czar as his foundation spends billions on spreading new vaccines globally. While much attention has been given to the role of Gates behind the corrupt WHO in promoting radical untested coronavirus vaccines, the record of the Gates Foundation pushing an oral polio vaccine across Africa is a matter of concern.

The UN has just recently admitted that new cases of infantile paralysis or polio have resulted in Africa from an oral polio vaccine developed with strong support from the Bill and Melinda Gates Foundation. It mirrors what happened in the USA in the 1950s. This is worth a closer look.

Vaccines that cause polio

The vaccine industry loves to cite development of vaccines in the 1950s as solely responsible for eradicating what was a severe paralytic illness that reached a peak in the USA after World War II and as well, in England, Germany and other European countries. Now, despite the fact that no new cases of "wild polio" virus have been detected in all Africa since 2016, the Bill & Melinda Gates Foundation and their allies in the WHO proclaimed that Gates' $4 billion ten-year African vaccination campaign using an oral polio vaccine had finally eliminated the dreaded polio. That was at the end of August.

One week later on September 2, WHO was forced to backtrack and admit that new polio outbreaks in Sudan were linked to an ongoing series of new polio cases in Chad and Cameroon. According to the WHO, further polio cases have been registered in more than a dozen African countries including Angola, Congo, Nigeria and Zambia. But the shocking thing is that the outbreaks are all reportedly caused by the Gates-backed oral polio vaccine.

In a revealing comment, a CDC virologist involved with WHO and the Gates Foundation in the Africa mass polio vaccination campaign, part of something called the Global Polio Eradication Initiative, admits the vaccine is creating significantly more cases of polio paralysis than the deceptively named "wild polio" disease. "We have now created more new emergences of the virus than we have stopped," virologist Mark Pallansch of the U.S. Centers for Disease Control and Prevention admitted. The Global Polio Eradication Initiative (GPEI) is a combined effort of the WHO, UNICEF, the U.S. CDC, the Bill & Melinda Gates Foundation and Rotary International.

Bill Gates was reportedly responsible for driving the campaign to develop the liquid oral polio vaccine and massively administer it to the populations of Africa and Asia despite the near absence of any cases of "wild polio." According to one of the partners in the Gates polio initiative, from Rotary International,

"Gates personally drove the development of a new polio vaccine that is now in the final stages of testing. When the idea was put forward, about the time of the last case of polio to happen in India, many were thinking the vaccine would play no important role in eradication, but Gates insisted."

When someone asked him, why polio, which had all but vanished worldwide, Gates replied, "Polio is a terrible disease."