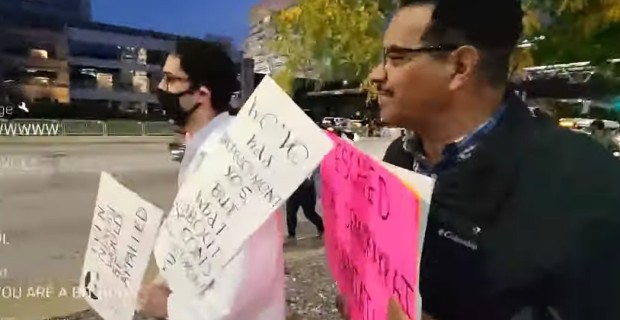 However, the atmosphere suddenly changed when several black Trump supporters joined the fray, eventually prompting the white BLM leftists to flee in panic at the dreadful optics of them supposedly supporting 'Black Lives Matter' while shouting at black people and telling them to shut up.

"She told me to shut the F up," a black Trump supporter tells the camera as the white BLM female begins to get triggered.

"They don't care about black lives," says the Trump supporter, adding, "They think it's 1868…white Democrats used to hang us from trees, they used to burn our churches," as the white 'I can't breathe' mask wearer begins to make a hasty retreat.