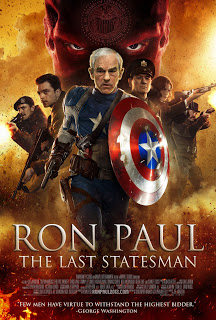 When Dr. Ron Paul suffered a health scare during his live Liberty Report show last Friday, I was perhaps less worried than most of his friends, family, and fans. His remarkable vitality, vigor, and energy are well known to those around him, along with his penchant for exercise, clean living, and light eating. Having known him thirty years, I simply had no recollection of him ever being sick or out of commission. This is a man who had never missed a day of work or an event, at least in my memory. In my mind he was simply always there, a fixed feature of life. So my immediate reaction was to think he would be fine.

As it turns out, he is fine. Even unstoppable.

In Dr. Paul's congressional office during the early 2000s, his mostly Generation X staff joked about how Ron would bury us someday despite being several decades older. Now that we're in our fifties, the joke hits a bit closer to home! But we were all familiar with his relentless nature. His pace was legendary: waking early, printing articles to read, gathering newspapers, putting together his busy schedule for the day, and preparing for votes.

It was always tough to keep up with him, literally, legging around Capitol Hill to hearings, media hits, or finalizing details for one of his infamous "special order" speeches at the end of the congressional day. Ron bid for our office in the Cannon House building primarily for its proximity to the Capitol building itself, so he'd spend the least amount of time "commuting." When he needed knee replacements there was no question about doing both the same day, over the congressional Christmas break. Always true to form, he was up and about almost immediately and eschewed even over-the-counter pain medication.

He was always moving, and absolutely hated to wait. His years as a busy obstetrician, with babies arriving at all hours of the night in far-flung rural Texas hospitals, certainly served him well when it came to the less serious job of Congress—with its late night votes and sudden schedule changes. Unlike medicine, however, the work of Congress is defined by motion rather than action. And unlike many of his colleagues, when the votes ended Ron headed back to his nondescript condo in Alexandria. There were no DC steakhouse dinners with lobbyists, no Capitol Hill bars and nightlife, and certainly none of the fleshy graft which ensnared so many pols over the years.