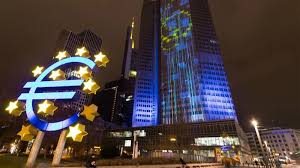 Do extended periods of negative policy interest rates continue to encourage commercial bank lending? A large panel of European and Japanese banks provides evidence on the impact of negative rates over different lengths of time.

Analysis suggests that both bank profitability and bank lending activity erode more the longer such negative policy rates continue, primarily due to banks' reluctance to pass negative rates along to retail depositors. This appears to negate one of the main arguments for moving policy rates below the zero bound.

Our results suggest that banks can only mitigate losses on interest income through charging fees on deposits and enjoying capital gains on securities holdings for short periods of negative interest rates. As durations of negative policy rates lengthen, the gains from these adjustments become increasingly inadequate to offset the growing losses on interest income due to banks' limited abilities to pass along negative rates to depositors. The result is that, as negative rates persist, they drag on bank profitability even more.

The data clearly show that losses on interest income accelerate over time and begin to outweigh the gains from noninterest income. As a result, the impact on overall profitability falls below zero. Our regression analysis for the impact on overall bank profitability becomes negative on average with statistical significance after five years under negative interest rates.