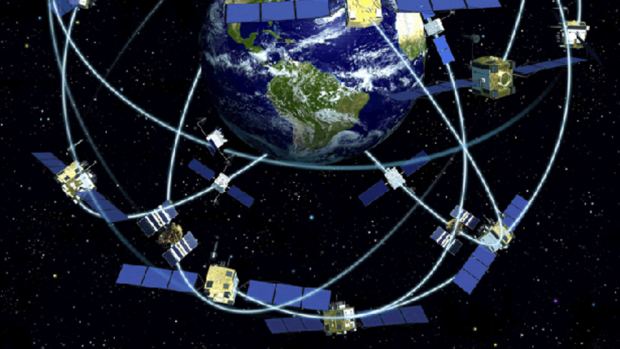 MIT Technology Review indicates that the system would be accurate to 70 centimeters. Simple software upgrades can modify Starlink's satellites so existing communications abilities and existing GPS signals could provide position and navigation services. Each Starlink satellite uses algorithms that are rarely found in consumer products. Spacex Starlink satellites already calculate their own location to within a few centimeters.

Here is information from the Fused Low-Earth-Orbit GNSS paper.

Low-Earth-orbiting (LEO) satellites could provide a positioning, navigation, and timing (PNT) service far more robust to interference than traditional Global Navigation Satellite Systems (GNSS). Previous proposals for LEO PNT require dedicated spectrum and hardware: a transmitter, antenna, and atomic clock on board every broadband satellite. This paper proposes a high-performance, low-cost alternative which fuses the requirements of PNT service into the existing capabilities of the broadband satellite. A concept of operations for so-called fused LEO GNSS is presented and analyzed in terms of the economy of its use of constellation resources of transmitters, bandwidth, and time. This paper shows that continuous assured PNT service over ±60° latitude (covering 99.8% of the world's population) with positioning performance exceeding traditional GNSS pseudoranging would cost less than 0.8% of downlink capacity for the largest of the new constellations, SpaceX's Starlink.

Previous proposals targeted positioning precision on-par with traditional GNSS pseudoranging (on the order of 3 meters), fused LEO GNSS can improve on this by more than an order of magnitude. It also offers a significant anti-jam advantage over L-band hosted-payload solutions in terms of signal-to interference ratio, thus making it attractive as a means for delivering assured PNT (A-PNT).