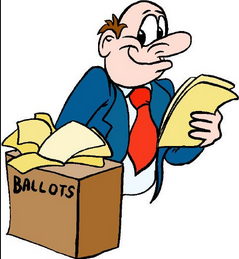 In one segment, alleged ballot harvester Liban Mohamed - the brother of Minneapolis city council member Jamal Osman, can be seen sifting through piles of ballots in his car in videos posted to his own snapchat channel under the name "KingLiban1."

"Just today we got 300 for Jamal Osman," said Mohamed. "As you can see my car is full. All these are absentees' ballots. Can't you see?"

Attorney Jeff Wojciechowski of Hennepin County told Project Veritas that the ballot harvesting described in the video appears "illegal, and we will be investigating."

According to Veritas, "Mohamed said he was collecting the ballots to help his brother win the city's Aug. 11 special election for a vacant Ward 6 city council race—which was held the same day as the primary for Omar's MN-05 congressional seat. Ward 6 is the heart of the city's Somali community and the Omar's political base."

Our investigation found that among three locations inside Ward 6, a ballot harvesting triangle,  where the scheme operates: the Riverside Plaza apartments,  the senior citizen community at Horn Towers and the Minneapolis Elections and Voter Services office at 980 E. Hennepin Ave., which also functions as a voting location and ballot drop-off site.

Mohamed continued: "Money is everything. Money is the king in this world. If you got no money, you should not be here period. You know what I am saying." -Project Veritas