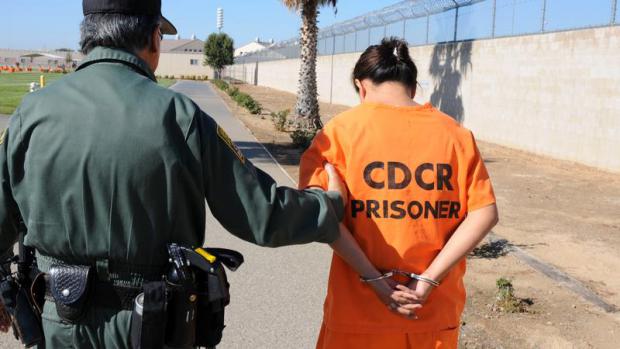 There's strong evidence that letting intact men go to women's prisons is an invitation for rape. That makes the new law one of the most misogynistic things California's hard-left government could have done.

For myriad reasons, only the smallest fraction of which has to do with biology, there have always been men and women who feel uncomfortable in their skin and associate more strongly with the opposite sex. That must be a terrible feeling, and these people deserve our pity and should be treated whenever possible with kindness and respect for their suffering.

Nevertheless, just because they feel as if they are the opposite sex does not mean that their delusion must be society's reality. That hasn't stopped California, which has joined Rhode Island, Connecticut, New York City, and Massachusetts by passing a law allowing convicted prisoners to pick their "gender identity" when they're being assigned to the single-sex prisons in California's corrections system:

Gov. Gavin Newsom signed a law on Saturday requiring California to house transgender inmates in prisons based on their gender identity - but only if the state does not have "management or security concerns."

The law Newsom signed Saturday says officers must ask inmates privately during the intake process if they identify as transgender, nonbinary or intersex. Those inmates can then request to be placed in a facility that houses either men or women.

The law says the California Department of Corrections and Rehabilitation cannot deny those requests solely because of inmates' anatomy, sexual orientation or "a factor present" among other inmates at the facility.