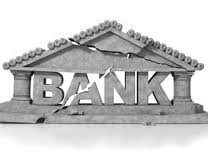 In recent weeks, there has been a lot of talk about the role of the world's central bankers going forward. With that in mind, now seems like a good time to recap the market bailout operations during the past few years... to get some insights into how this all ends (spoiler alert - not well)!

GnSEconomics.com's Tumoas Maalinen has written a detailed (and ominous) twitter-thread on the 'stealth socialization' of the financial markets by the central bankers.

In late November 2008, the U.S. Federal Reserve announced it would start buying the debt of Government Sponsored Enterprises and mortgage-related securities in the secondary market.

In March 2009, the Fed extended the program to include US Treasuries. QE -program was born.

It became customary that the BoJ to start buying whenever the Topix stock market index fell more than a 0.2 percentage points by midday.

In August 2012, the European Central bank enacted the Outright Monetary Transactions (OMT) program to halt the rise in sovereign yields in the Eurozone (to save it).

In 2015, the Swiss National Bank started to "invest" in foreign assets, including US equities.