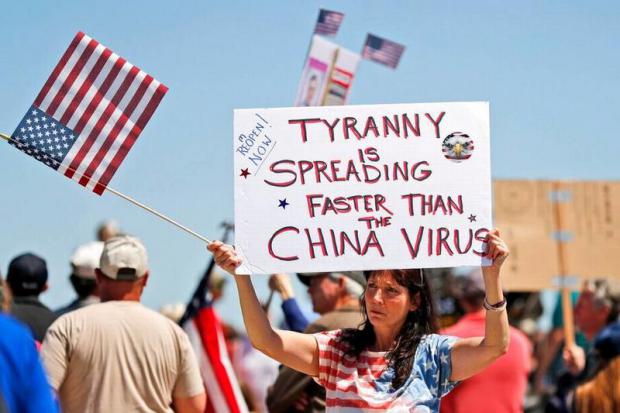 "The great masses of men, though theoretically free, are seen to submit supinely to oppression and exploitation of a hundred abhorrent sorts. Have they no means of resistance? Obviously they have. The worst tyrant, even under democratic plutocracy, has but one throat to slit. The moment the majority decided to overthrow him he would be overthrown. But the majority lacks the resolution; it cannot imagine taking the risks."

Draconian measures by the State against the masses require the cooperation of the masses. This is the essence of political submission, and therefore, it is the foundation of the ruling "elite's" plan to achieve a complete global economic and total control reset. At this stage of the plot, all is going just as the globalists expected, as the takeover of the human population is well underway.

Logic would dictate that this fake pandemic should be over for good after the new CDC death figures for the U.S. were recently exposed. That report showed that 94% of those said to have died from Covid alone did not die from Covid at all. In fact, the 94% that died who were claimed as Covid deaths had on average 2.6 other co-morbidities evident.

What that means is this entire virus scam was a fraud all along, and is being used as a weapon of submission in order to gain control over the entire population. Lies on top of lies have been used to frighten people into voluntarily destroying their lives in the name of false safety, and now the damage has reached levels that will be almost impossible to overcome at any time in the near or even distant future. One would think that with this ground shattering information, all citizens would be up in arms, but that does not seem to be the case. This is extremely troubling, as without a mass uprising of the people, this horrendous plan will continue to go forward.