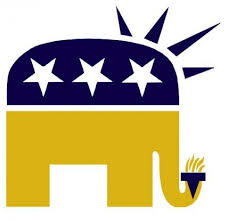 In the op-ed, which is entitled "Proposed Ryan-Bannon Import Tariff a Smart Tool to Lower Income Tax," Calabresi wrote:

If the federal government were to tax nothing but business, income, and savings, then we would discourage investment, work, and savings. The more sensible route is to have a diversified portfolio of the things we tax. This is how we can afford to increase military spending, build the wall on the Mexican border, and cut business and income taxes, which are all things that we desperately need to do — now!

Now, if we combine these two articles, what is the message that Calabresi sends to mainstream Americans? The message that people are likely to receive is that libertarians believe in import taxes, income taxes, an increase in military spending, and a wall on the Mexican border.