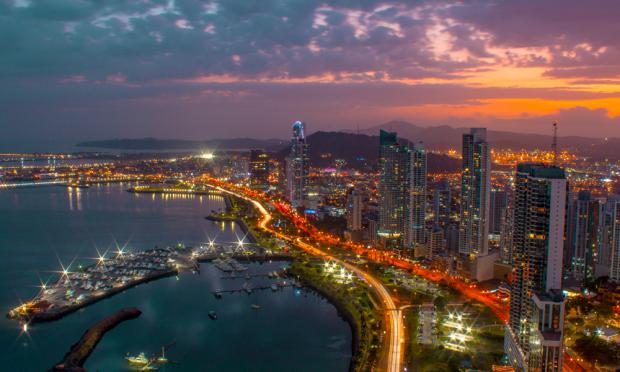 The US had just vanquished Spain in the Spanish-American War, resulting in a vast new American colonial empire, stretching from the Philippines to Puerto Rico.

And it was just the beginning of American dominance overseas.

A few years later in 1903, JP Morgan (as in, the founder of the mega-bank that bears his name) engineered a coup in Central America that ended up creating a new republic in the region: Panama.

And almost immediately, JP Morgan and his colleagues got to work developing a canal that would run right through Panama.

The Panama Canal was a game changer back then, and one of the most ambitious engineering projects in history.

Before the canal, ships traveling from the East Coast to the West Coast had to circumnavigate the entire American continent, sailing from New York, down to the southern tip of Argentina, and back up the Pacific Coast to San Francisco.