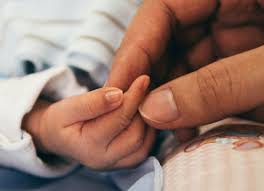 (Natural News) This week, President Trump confirmed that he will sign an executive order offering extra protection for babies who survive an abortion. The Born Alive Executive Order, which he announced during a pre-recorded speech that was played at the National Catholic Prayer Breakfast, aims to fulfill the country's "sacrosanct morality."

He said that all children are made in the image of God, whether they are born or unborn, adding: "I will always protect the vital role of religion and prayer in American society, and I will always defend the sacred right to life."

The order ensures babies who are born alive, including those with disabilities and those born extremely prematurely, will receive the medical care they need. Although Trump did not provide the specifics of the order in the speech, similar proposals seen earlier this year in the Senate and House would require that health care professionals treat babies who are born alive following attempted abortion the same way that any other newborn would be treated.

Deputy Assistant to the President Jennifer Lichter spoke to CBN News' Faith Nation to discuss the executive order. She said that the goal of the order is to ensure that every baby born alive, regardless of the circumstances, is treated with dignity.

She told CBN News that the Secretary of Health and Human Services has been told to ensure that every hospital that receives federal funding is aware that it is obligated to screen and treat every baby born alive, no matter how early. HHS is also being instructed to vigorously enforce this rule.