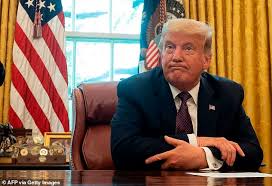 A five-strong committee then submit a shortlist before announcing winner

Vladimir Putin has been nominated for the Nobel Peace Prize.

The leader was put forward by a group of Russian writers led by Sergey Komkov, according to Russian news agency TASS.

They submitted the application in Oslo on September 10, putting him alongside Donald Trump in the list of potential candidates for the prestigious award.

A presidential spokesman said Putin, who was also nominated in 2013, was not put forward by the Kremlin.