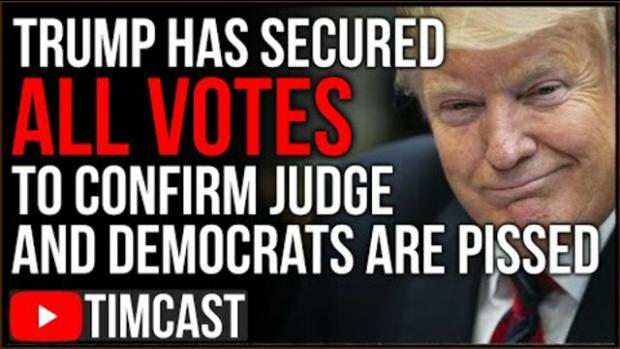 But this is the Democrats own fault. They changed the ruled back in 2013 and its haunting them just as Mitch McConnell predicted.

He said they would regret it when they changed the rule from 60 votes to 51. Now Trump will have appointed 3 new supreme court justices.

Democrats, learning nothing, tried to destroy Brett Kavanaugh, resulting in the Kavanaugh effect, a massive surge in Republican enthusiasm and support.

Now they once again are calling for the nuclear option which of course will backfire. They have pitched packing the court, adding new justices if they win. But some Democrats correctly point out that if they call for this but lose then the Republicans will do the same thing expanding their control even further.

Biden meanwhile is a no show and floundering, Trump seems fired up and his supporters are ready to vote.