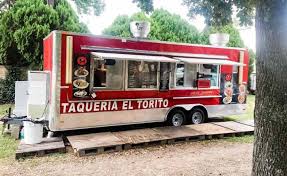 When a young Texas woman realized how much her dad's food truck has been struggling in the pandemic, she made a single post on Twitter asking for help.

Giselle Aviles and her father Elias have a close relationship, so she's often been inquiring about his health and business.

It's been hard for Taqueria El Torito, he's admitted. Daily earnings for the Humble, Texas food truck have been as low as $60. $40. Even $20 for a full day's work.

When Elias mentioned to his daughter that revenue one Saturday was just $6 after putting in a 12-hour shift, she was stunned.

She told CNN, "I just said well we have nothing to lose and I decided to make the tweet that day."

The 21-year-old wrote on social media, "I wouldn't normally do this, but my dad's taco truck business is struggling, he only sold $6 today. If you could retweet, I would appreciate you so much!!"

Her plea to the world worked. By Sunday night, her post had been retweeted over 2,000 times.

Giselle told her dad he should probably get ready for some new customers. By 8 a.m. the next day, he had a line of customers waiting for his fresh tortas Cubanas—and some had been waiting there since six in the morning.

It was such a busy period that Elias even had to close the truck for a short while in order to restock. Luckily, Giselle was able to help out with orders that day.